in the shoes of Louis Riel


Riels early life: Louis Riel was born in 1844 in Saint-Boniface Red River settlement, Father was Louis Riel Sr. and mother Julie Lagimodière. Louis Riel was in a well respected family, Louis Riel was educated by Roman catholic priest's but when we was about 13 years old Louis Riel caught the attention of   Alexander Taché a Suffragran bishop eventually arranged to attended  the Petit Séminaire of the Collège de Montréal. Louis Riel was a fine scholar in languages, science and philosophy but Louis Riel tented to have a frequent and unexpected moodiness.
In 1864 Louis Riels father died which leaded him to lose interest in the priesthood which led him to withdraw from college in March 1865. Riel later on worked many jobs, some like a law clerk in the Montreal of Rodolphe Laflamme and then for some time with the as a clerk  in  Saint Paul, Minnesota before to the Red River settlement on July 26 1868

after returning to the Red River settlement Riel noticed that religious, nationalistic and racial tensions were being a problem by an influx of Anglophone protestant settlers from the Ontario region, it was also very uncertain because of negotiations of the transfer of Ruberts land from the HBC to Canada weren’t addressed the political terms of transfer
On October 16th the group of métis organized themselves as the “Métis committee council”  with Louis Riel as secretary and John Bruce as president.
On February 17th Tomas Scott was arrested by Fort Garry, after Scott kept on arguing with his guards they recommended that he should be tried for insubordination. At Tomas Scotts trail he was found guilty and then sentenced to death by firing squad
People kept trying to tell Louis Riel to be the one to kill him but Riel responded was  "I have done three good things since I have commenced: I have spared Boulton's life at your instance, I pardoned Gaddy, and now I shall shoot Scott." Scott was executed by firing squad on 4 March. 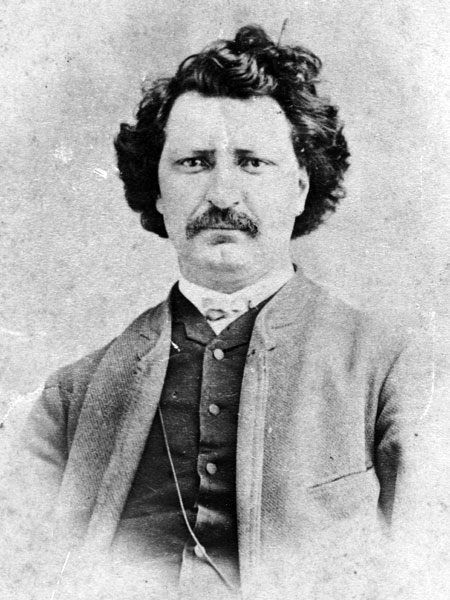 https://en.wikipedia.org/wiki/Louis_Riel
www.thecanadianencyclopedia.ca/en/article/louis-riel/
Posted by Unknown at 3:31 pm No comments: Links to this post

Posted by Unknown at 1:50 pm No comments: Links to this post